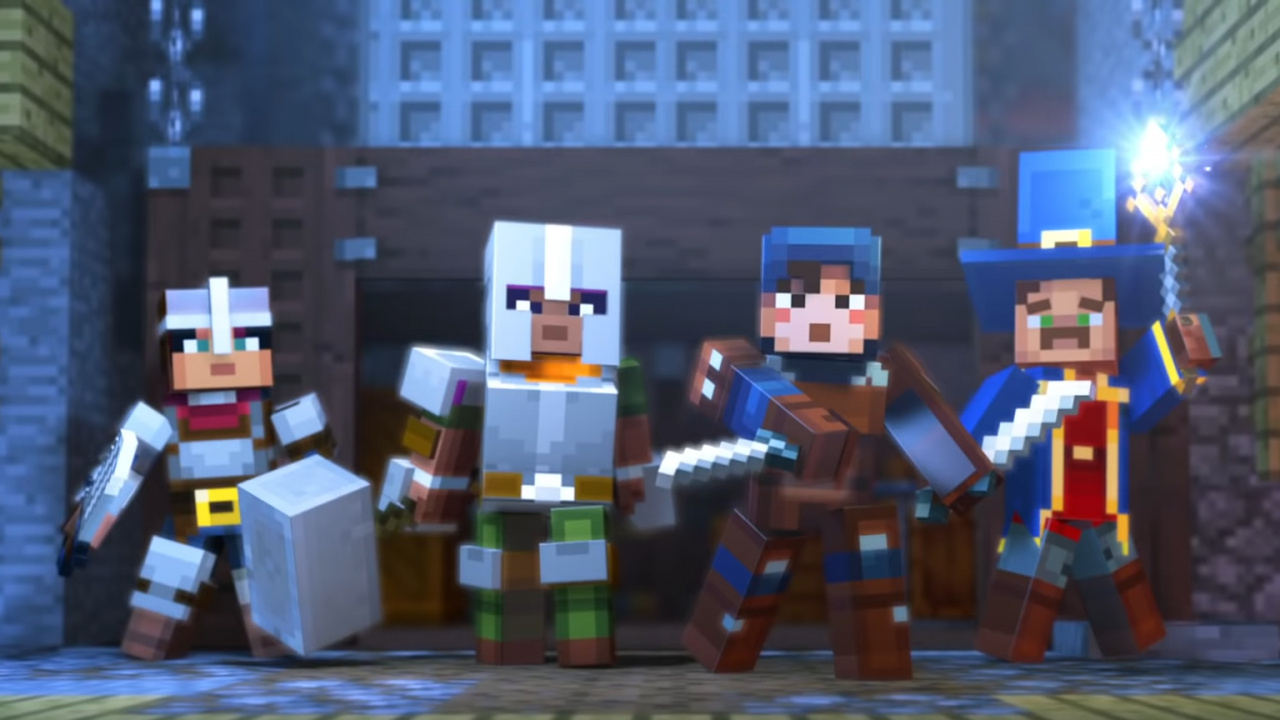 Although it’s taken a lot of design cues from classic ARPG dungeon crawlers, the game’s director Måns Olson recently shed some light on the beginnings of the project in an interview with USgamer. It turns out the game was inspired by the dungeon-crawling elements of The Legend of Zelda and the Dark Souls series.

Olsen admits the final product moved away from this and is now closer in terms of gameplay to titles such as Diablo, Torchlight, and cooperative experiences like Left 4 Dead:

not as much of that has made it through into the game as it is today…If you look at inspirations now, it’s closer in terms of gameplay to games like Diablo, Torchlight, and Gauntlet. And also the cooperative experience is pulling a lot from modern first-person shooter cooperative games like Left 4 Dead and [Warhammer: End Times – Vermintide].

Despite the co-op elements drawing inspiration from games like Left 4 Dead and Warhammer: End Time – Vermintide, Mojang has previously confirmed that players won’t be able to team up with randoms online, as there’s no online matchmaking. You’ll be able to connect exclusively with your friends online, and that’s all.

In the same interview, Olsen also noted how the project was originally considered for the 3DS before the team decided it wanted to release the game on multiple platforms:

It started as a small single-player game, smaller in scope, and as we started prototyping we realized it would be fun to play multiplayer. Originally this was considered as a 3DS game, but then we realized we wanted to have it on the Switch, PlayStation, Xbox Game Pass, and Windows.

Minecraft Dungeons releases on the Nintendo Switch and multiple other platforms on 26th May. Will you be trying it out? Leave a comment down below.

Langrisser I & II Is Out On Switch Today, Here's A Launch Trailer

Random: Former Halo Composer Would "Love To" Work On The Zelda Series