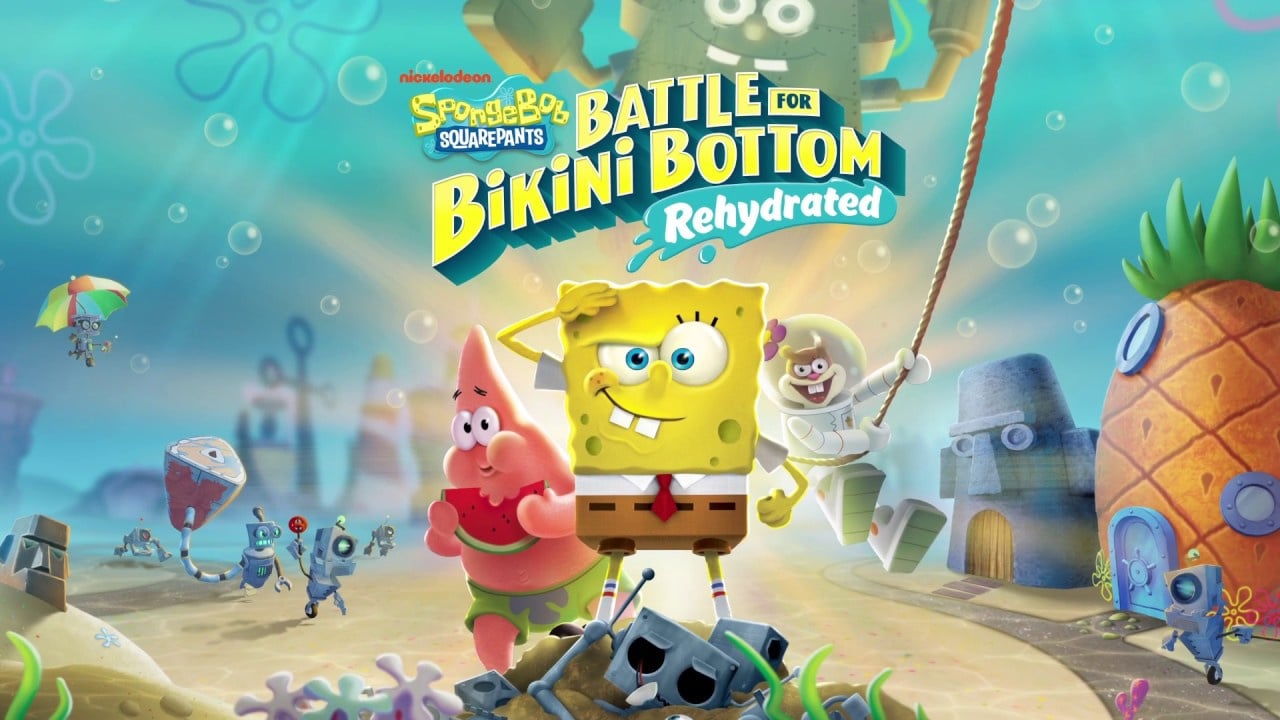 Another new trailer has arrived for SpongeBob SquarePants: Battle for Bikini Bottom – Rehydrated, this time giving us a decent look at the game’s multiplayer offerings.

As you can see, you’ll be able to team up with a friend for some co-op fun. The co-op functionality is available in both local multiplayer and online.

“Grab your buddy and face the evil Robo-Squidward in the brand new horde mode for up to two players, online and couch co-op on the same screen! The multiplayer contains 26 islands and 7 playable characters, all with unique attacks.”

Are you ready, kids? The cult classic is back, faithfully remade in spongetastic splendor! Play as SpongeBob, Patrick and Sandy and show the evil Plankton that crime pays even less than Mr. Krabs. Want to save Bikini Bottom from lots of rampant robots with your mighty bubbles? Of course you do! Want to underpants bungee jump? Why wouldn’t you! Want to join forces in a brand new multiplayer mode? The battle is on!

Last month, an earlier trailer also showed off some of the “epic” boss fights in the game.

The game launches Switch on 23rd June, so we really don’t have long to wait now. It’s available both on the eShop and in physical form, including some very pricey options indeed.

Virtua Fighter Characters Are Headed To Switch, Although Not In The Form You Might Expect